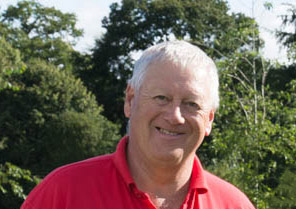 Alex Cargill, Crieff Archery Club founder and former Club President has been shooting for well over 50 years.   Alex emigrated to Australia with his parents when he was 11 and took up archery at the Rowntrees Archery Club in Sydney when he was 19. He returned to Scotland in December 1973 and joined Paisley Archery Club.

In 1974 Alex won the Scottish Indoor Archery Championship, then the Western Area Indoor Championship and the St Andrews Silver Arrow.   Shortly thereafter Alex was ranked No 1 in Scotland and was invited to join the Scottish team, captaining Scotland in his first International (which Scotland won).   During the 1970's Alex shot for Scotland on 12 separate occasions. He won 17 major tournaments and was in the top 3 archers in 53 tournaments. Alex was also awarded the coveted title of Master Bowman at the end of the 1975 tournament season.

Alex started his first club in Alexandria (then West Dumbartonshire) in 1975 and coached a number of Scottish champions at junior level and 3 club members into the full Scottish Team.   He gave up competing and concentrated on coaching and started the Crieff Archery Club in 1992. Since then the club has enjoyed considerable successes both at club level and in the open competition - the results of which are published on our website.   Alex stepped back from the fully hands on roll of President / Chairman in October 2020, but is still on hand if required to offer guidance and support to both archers and club alike.

In 2011 Alex was honoured by the club for his contribution and presented with the Presidents Medal from the Grand National Archery Society, and in 2022, Alex was awarded with Lifetime Membership of the club in recognition of his service and support.